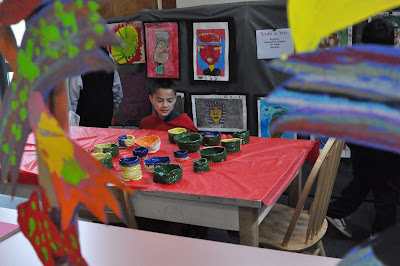 Romeo, a fifth grader at Bayside, checks out the clay coil pots made by the fifth graders at Willow Creek, part of an in-school integrated art unit where students were reading the book, Indian Captive. Behind him are self-portraits made by the sixth graders from Bayside, which were drawn with headresses and heiroglyphics, part of a project where they imagined themselves as if they were Egyptian Queens and Pharoahs. 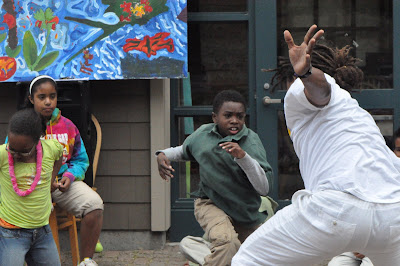 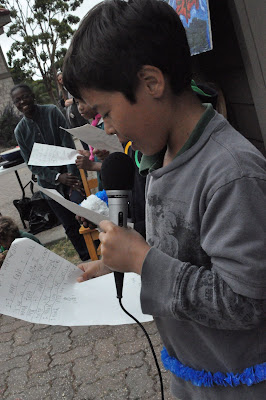 Second grader, Hunter, reads one of his poems he wrote with the help of Mentor, Giovanni Singleton, from the California Poets in the Schools. Giovanni worked with second graders during Literacy Hour and collaborated with the Visual Art Instructor, Kate Rees, with the 3-5 class. 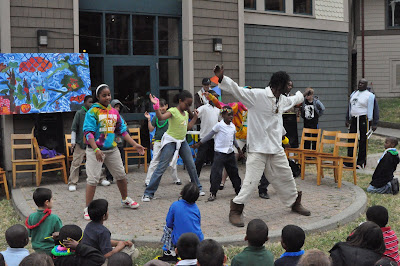 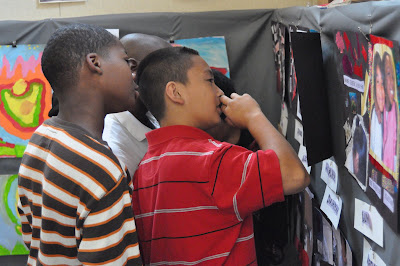 Bayside fifth graders admire the photography and collages of the fourth graders during the end of year Art Show in the Library.